This event occured in the past and is now over. This page are kept for historical and for completion purposes.

***Please neomail ALL results to Benladesh!

Signups are now closed! Battling will begin on August 2nd at Noon NST! Please familiarize yourself with the L97 format rules here. In addition to these rules, a time limit is in place to ensure a timely event. Battlers who are in the earliest active round of play who have gone inactive will be booted after 48 hours. If you are having difficulty tracking down your opponent, please bring this matter to the attention of Benladesh, Neoskulltula, or Penguinqwert! Only players who have gone M.I.A. are at risk of being DQ'd by this rule; communication is key!

Click on the image below to view a larger version.

***Please neomail ALL results to Benladesh! 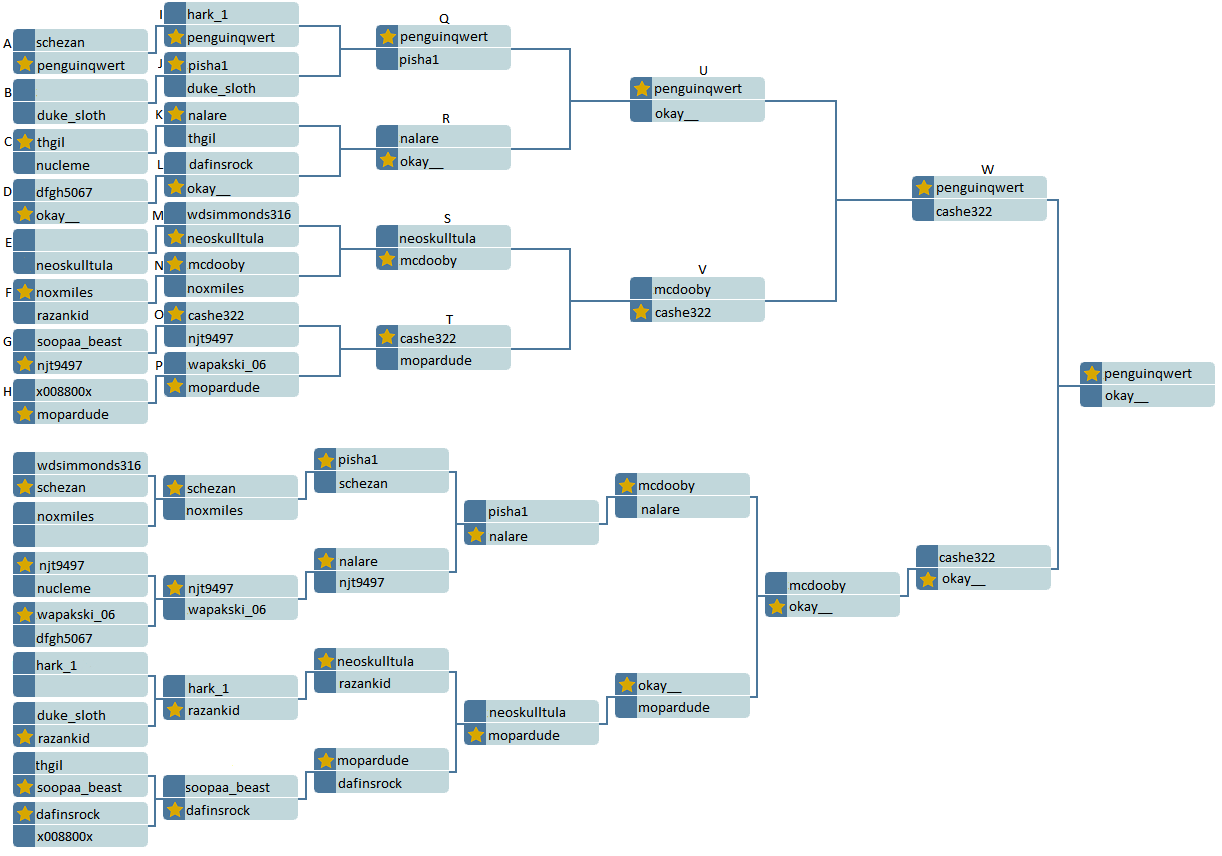 This article was written by: iDB Staff