Dome Decennial: Day 5!
Posted by macosten on November 14, 2022, 12:00 am NST
Greetings, combatants! It's time to bring the brouhaha, cause some chaos, and deliver some damage unto today's Dome Decennial challengers!


We have added a new page to the event hub: you can now check on your daily scores on the Scores Page!

Please check on your scores when you get a chance! If there's something wrong with the scores we've recorded, or you don't see your jnAccount username, please tell us about it as soon as possible so we can fix the problem.

First off, I don't think we'll be given any Battelground Challengers. Not that I don't see a way we can do it, but I imagine for some people it could become confusing so better off ignoring it.

Second, while the Challengers are likely off the table, the Boons are something to take into consideration. Some Boons have an effect in the Battledome, and all Factions in this Skirmish (Brute Squad, The Order, & The Seekers) have at least one:

* * The Order: Starting with the less useful, the Order has Doppelganger which has a chance of not making you use up your one-use items (which notably would be your Freezers, Healers, and "bombs"

. However it's not known what the % is and, honestly, the other Factions have better options.

* The Seekers: Seekers notably have the Strength of Mind Boon. This Boon gives your Neopets access to an Ability called "Mind Blast" which bases your Strength Boost on your Neopet's Intelligence instead of Strength stat on that turn (it has a one-turn cooldown meaning you can use it every other turn). This Ability could potentially give Neopets with low Strength but a high Intelligence the edge they need to defeat a challenger (or defeat them faster meaning less loss HP).

* Brute Squad: This is where things get interesting. First, Brute Squad also has Doppelganger. Second, they have Equip ALL THE THINGS which lets you equip your Neopets with one extra piece of BD gear; good for adding an extra "bomb" or maybe a niche protective item like a "Thick Smoke Bomb"! Finally they have GRRRAAAAHHHHHH! which automatically increases your Neopets damage output by 10%; so Neopets with a high Strength Boost and/or strong weapons would like this.

However, the Boons do more than BD stuff, and so the next question is there a Boon that most users would rather have? And the answer is yes. Seekers have the Bank Bribery Boon which increases the NP you get from Daily Bank Interest. It's pretty
pikachu315111, November 14, 2022 4:00 PM NST
It's pretty much the best Boon and I can't argue against choosing it over the BD boons.

They really need to rethink the Boon system as they have some neat Boon ideas but no one is ever going to choose them above ones which get them more NP/items. 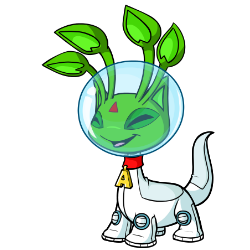