One of the most important things to think about in the Battledome is doing damage. If you are unable to inflict damage upon your opponent, you have an extremely small chance of winning. The damage you can inflict is represented by the attack icons you deal in battle.

There are seven types of icons:

The more attack icons you can deal, the more damage you will inflict. For example, a weapon like Sparkshooter, which does three icons, is substantially weaker than an Ice Club, which does nine icons.

These categories (8-12, 13-19, and so on) are often called strength boosts, and referred to by their lowest number. So, a Neopet whose Strength was somewhere between 35 and 54 would be described as having the 35 strength boost.

My pet has a Strength stat of 100, and is using two Bzzt Blasters. To know how much damage she can expect to deal, I need to look at her stats and her weapons.

A Strength stat of 100 falls between 85 and 124, meaning it's within the 85 strength boost. Looking at the table, this means that each icon will inflict 2.5 points of damage.

Multiplying the two numbers shows us how much damage output to expect. In this case, my pet will inflict 22 x 2.5 = 55 points of damage. 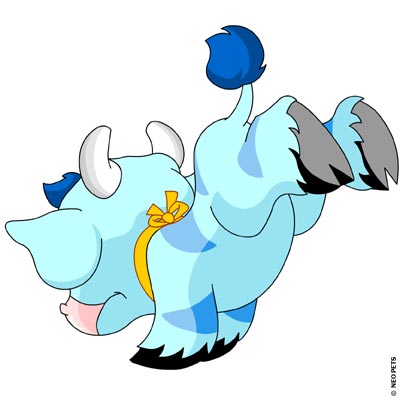 Also, one last thing to note: Many weapons do fractional icons. You may find that while a weapon displays five icons, it inflicts fewer points of damage than this would lead you to expect. The weapon is actually producing "four and a bit" icons' worth of damage -- more than four, but still less than five, even though five icons are being displayed. This can be a common situation, so if you don't have your weapon's stats to hand, be sure to keep an eye on how much damage is actually being done rather than just looking at the icons.

This article was written by: In-Depth Battlepedia